Cast Your Vote for the Best Seat in House! 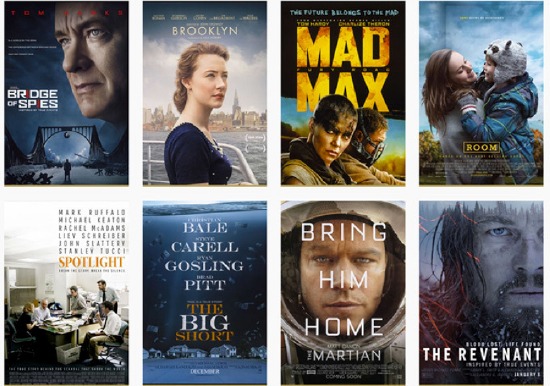 In Hollywood, you are where you sit, and what you sit upon! For the Oscars, we’ve put together suggestions of furnishings based on the Best Picture Nominees. When it comes to the Oscars, AFR always has the best seat! Vote for the best seat (and movie) and if your movie wins, well, while you won’t get a gold-plated award, you will get our undying admiration!

While exploring the uncharted wilderness in 1823, legendary frontiersman Hugh Glass is left for dead by his team (which of course includes an enemy) and must use all his survival skills to find a way back home through wintry terrain. 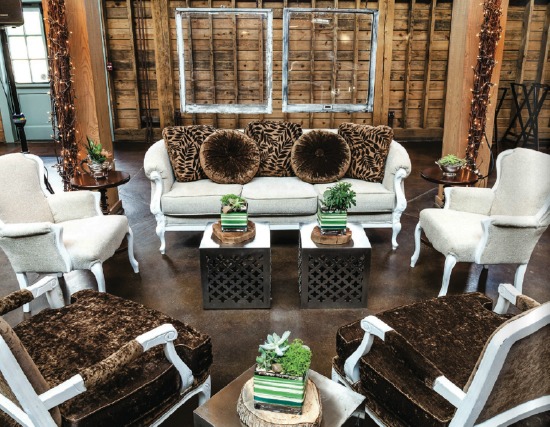 A masculine look featuring rustic wood, branches, earth tones and winter white are the perfect look for hunkering down with a good steak to watch The Revenant.

An Irish immigrant in 1950s New York falls for a tough Italian plumber, but faces temptation from another man when she returns to her homeland for a visit. 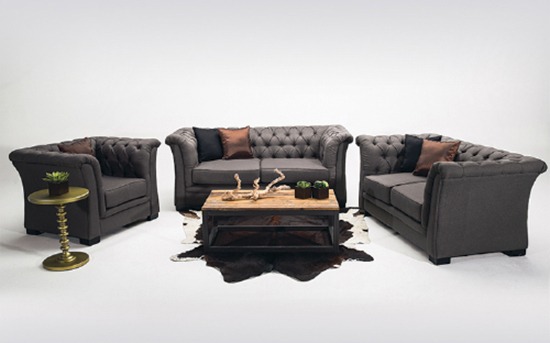 Together, AFR’s Nob Hill loveseat, sofa and chair, Civic coffee table and Phoebe table in gold, strikes a modern pub vibe, just right as you cheer for our heroine to make the right moves between Brooklyn and Ireland. Cheers, mate!

Stranded on Mars through a series of circumstances, astronaut Mark Watney uses his wits and spirit to find a way to survive on the hostile planet. Meanwhile, back on Earth, members of NASA and a team of international scientists work tirelessly to bring him home, while his crew mates hatch their own plan for a daring rescue mission. 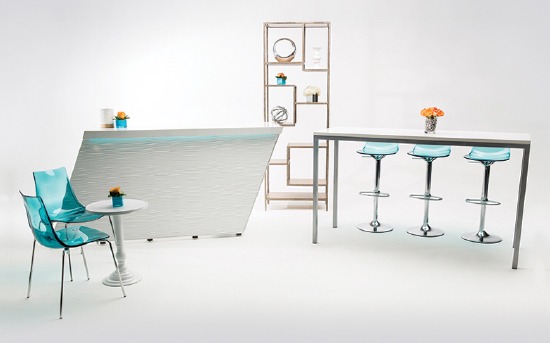 Houston, there is no problem other than what potato dish (the only food that the stranded astronaut ate for years) to make for viewing The Martian on AFR’s out-of-this world furnishings. Our Wave bar and Vienna bar stools and tables would class up any space station.

Held captive for years in an enclosed space, a woman and her 5-year-old son finally gain their freedom, allowing the boy to experience the outside world for the first time. 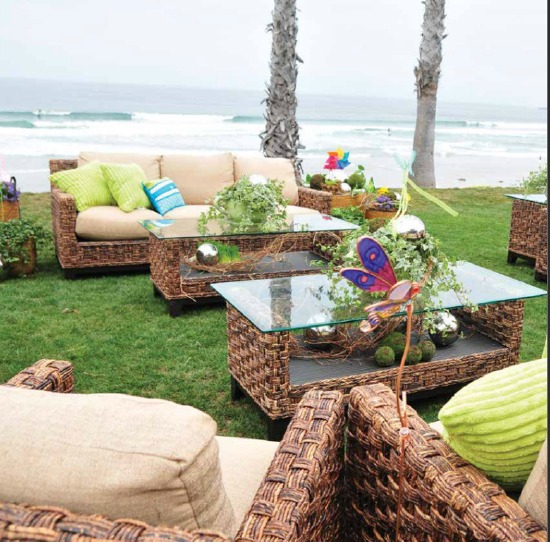 A movie called The Room sounds like our idea of heaven. We could create a different look almost every day within those four walls. But we get it. Not everyone is as gung-ho as us about enclosed spaces as the main characters in The Room could attest. Here we have just the environment to celebrate the freedom of the great outdoors.

In 2008, Wall Street guru Michael Burry bets against the housing market by throwing more than $1 billion of his investors' money into credit default swaps. His actions attract the attention of other greedy opportunists. Together, these men make a fortune by taking full advantage of the impending economic collapse in America.

The French Riviera was where these guys were no doubt headed with their ill-gotten gains. Watching The Big Short in this plush setting puts you into their life if only for a short time before the Feds catch on!

Years after the collapse of civilization, the warrior Furiosa takes off across the wasteland, away from an evil despot and a harsh life. Fortified in a massive, armored truck, she is accompanied by the despot’s five wives who are also on the run and Max, a fellow road warrior. Together they try to outrun the ruthless warlord and his henchmen in a deadly high-speed chase through the Wasteland. 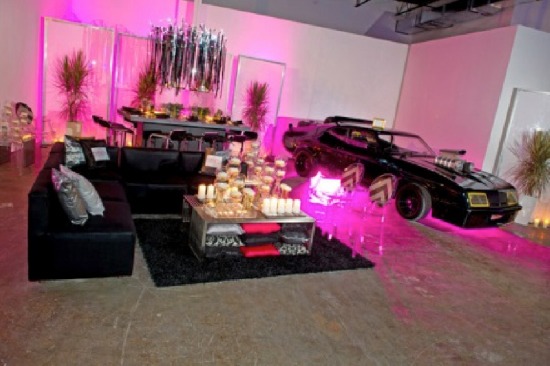 Oh, Furiosa … a heroine for this decade and the future, yet her journey was marked by a throwback to Mad Max as well as technology that ran on fossil fuel. A minor glitch you say, as you dig into your popcorn while watching the film from our Equino stools and custom covered pieces.

Set during the Cold War, New York lawyer James Donavan is the only hope of captured U.S. pilot Francis Gary Powers after his U-2 spy plane is shot down. Donovan boards a plane to Berlin, hoping to win the young man's freedom through a prisoner exchange. Complications ensue. 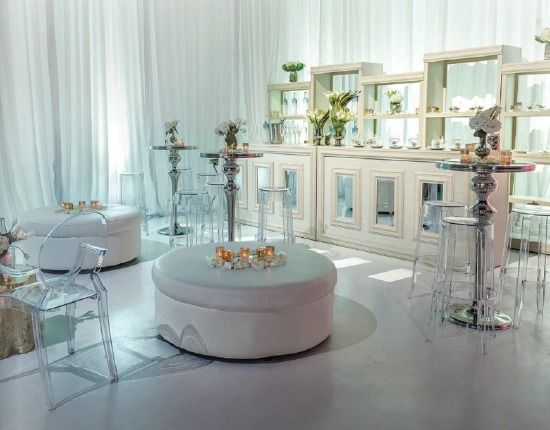 Filmmakers love Berlin in the forties for its film noir style and fashionistas. The cafes and bars with their heavy furnishings, leather and classic wood design were always a great place for cloak and dagger shenanigans. Fast forward to today, post wall. Let the sun shine in and expose all those dirty little secrets!

In 2001, editor Marty Baron of The Boston Globe assigns a team of journalists to investigate allegations against John Geoghan, an unfrocked priest accused of molesting more than 80 boys. Led by editor Walter "Robby" Robinson, reporters Michael Rezendes, Matt Carroll and Sacha Pfeiffer interview victims and try to unseal sensitive documents. The reporters make it their mission to provide proof of a cover-up of sexual abuse within the Roman Catholic Church. 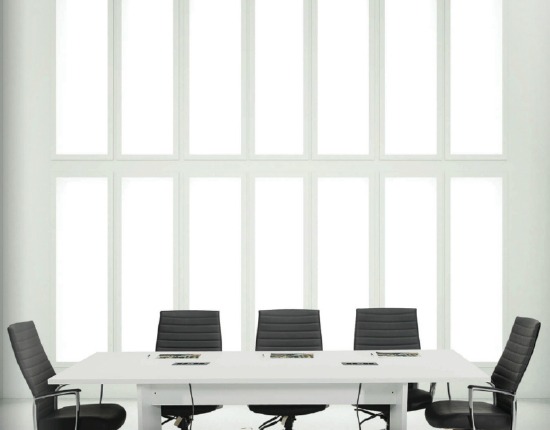 It’s not often we see typewriters, notepads, pencils and desks in films. Heck, it’s not often we see offices in films these days. They are so 10 years ago! Spotlight bravely went there… to the dull world of cubicles and paperwork. If only they had AFR and our sleek take on office furnishings.